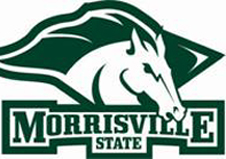 Season outlook:
Morrisville recently completed their transition into the NCAA, and last year was the Mustangs’ first time to compete in the Empire Conference qualifier.  Now firmly established as a Division III program, they will be looking to continue to improve from year to year.  Three returning Morrisville wrestlers placed in the conference last year, and they wil lead the team into 2010-2011.  Now that the team can guarantee postseason participation, the recruiting has picked up as seen in the strong recruiting class that features numerous state qualifiers up and down the lineup.  The seven returning starters will be challenged as Morrisville tries to become yet another strong team in the Empire Conference.