With the French and Bulgarian Teams

We just finished our second competition of the exchange. We wrestled in Plovdiv this afternoon after arriving here from Sophia last night. There were three mats down in an old cement building, and we had a pretty large variety of match ups. We had two rounds of wrestling on one mat and there were some pretty vocal fans in the room. Some very exciting matchups with a lot of points being scored. Here are the results.

Phil Landis had a match up with one of Bulgarians best senior wrestler George Sredkov. This was a fan favorite as was Cedric Gibson’s first match up with one of the other senior level wrestler Dimitar Kasov. It was obvious that the crowd wanted to see these two beat the Americans. George has been traveling with our team as interpreter and friend. We leave for varna tomorrow to get the last leg of the trip underway. This is a very fun group to travel with. Colin had a sickness today and Anthony an injury that prevented them from competing. We hope both can go in Varna! – Tim Fader, Head Coach, UW-Whitewater

I am a sophomore at the university of Wisconsin-Whitewater wrestling at weight class 141 during the wrestling season but competing in Bulgaria at about 70 kg. We arrived in Bulgaria around 2 pm where we finally got to unpack and settle down for about 3 hours until we had our first practice in an awesome wrestling gym. There was about 4 Olympic wrestling mats covering a huge gym floor, it was awesome. To start off our first wrestling practice we did a normal warm up jogging around the mats, but some things that were very different is that during the warmup there was a part where you would do a double wheel barrow where one person does a normal wheelbarrow with a partner holding their ankles then there’s another person on their backs then you put your feet on the partners shoulders. It was ferry cool and different. After the warm up we played a game of Bulgarian basketball, which was intense. This Bulgarian basketball was a combination of american football and regular basketball, it got pretty tiring and was very fun. After that we finally went over technique. And after this first day I could really tell I am going to learn a lot on this trip. Now I am really excited to be able to wrestle the Bulgarians national team, and my coach just told me they will partner me up with their best guy! I am very excited for the rest of this trip! – Matt Adcock, UW-Whitewater

I wrestle for Heidelberg University at 149 lbs. Today on the trip we got to go to go around the city of Plovdiv. The history around the city was amazing. We were able to see a pottery worker make a pot. After our tour of the city we got to wrestle a local club. They were extremely kind and it was a great competition. The quality of the wrestling was great. Some of which were prior junior national wrestlers. – Damon Cheek, Heidelberg

Today we were in Plovdiv and it is one of the oldest cities in Bulgaria. We got a tour of the city. Got to go into some shops. Saw some pretty old structures like the theater,an old church where there was a baptism going on. An interesting fact about the churches here is that since Bulgaria is mostly Muslim now the Christian churches are not allowed to be built higher than the Muslim churches. The competition was steep where we wrestled ex junior national team members which included some members who were European champs and such. The wrestling is really tough here and that is what we came here for to: get better. You only get better when you wrestle the best. I’d highly recommend this trip to any division three wrestler! – Kaleb Loht, Messiah College 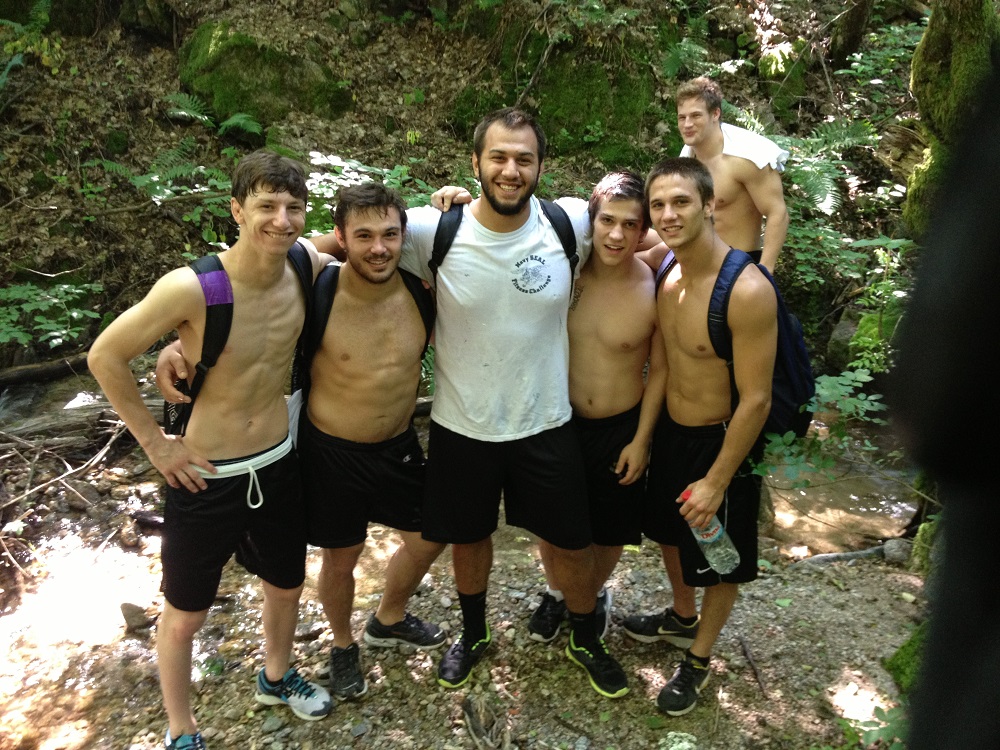 Some UWW Wrestlers in Bulgaria

Our day started off with a tour of the old town in Plovdiv. The history here is incredible and the architecture is unbelievable. We saw an amphitheatre from the 500’s BC which is still in good shape and used today. We also stopped to see a pottery worker who made a pot in front of us. After that we entered the oldest church in Plovdiv which is also still in use. The roads we walked on to get there were built during the old Roman Empire and used as aqueducts to deliver fresh water from the mountains. Latter on in the day we had our second competition. We wrestled well today and felt more comfortable on the mat. We stuck with our game plan and wrestled our way instead of their way. This is our last day in Plovdiv as we will travel to Varna tomorrow morning. I’m looking forward to the last leg of our trip and final competition coming up! Eli Gaylor- Ursinus College