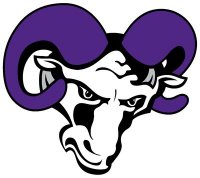 Number of Wrestlers that competed in 2010 Qualifier:  8

Season Outlook:
Kevin Donahue is the top Ram returning this year after placing in each of the last two NCAA Championships.  THe other top returner for Cornell is Nick Loughlin.  He had a great season last year, entering the NCAA tournament as the #2 seed, but an overtime loss left him watching on Saturday.  He should be favored to change that this year.  A lot of Cornell’s returning wrestlers were just outside of the qualifying picture last year, but they were nearly all close enough to have realistic plans to be wrestling in Wisconsin in March.  With those eight returners and some solid newcomers, Cornell might not be ready to topple the big two of Coe and Wartburg in the IIAC, but they can solidify their hold on the third place finish they managed a year ago.