Gary Franke has been the head coach at Washington and Lee University since 1973 and recently completed his final season there as head coach. He is also a member of the NCAA Division III Wrestling Committee.

A True Display of Sportsmanship 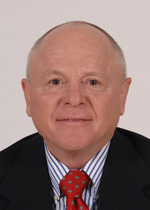 At the 2010 DIII National Championship tournament, I witnessed one of the greatest displays of sportsmanship I had ever seen.  Augsburg had just won its eleventh national championship, stopping Wartburg’s attempt at winning a third straight title, but the day was not over without one more act, which was truly amazing.  Since 1995, only Augsburg and Wartburg have won the title, and in my view these two teams had to be bitter rivals.  Yet, to my amazement, and to the credit of both programs and Division III athletics, the losing team walks up to the podium to shake hands and congratulate the winning team.  In a world where civility seems to be on the decline, and where major college coaches and programs are repeatedly in the news for doing the wrong things, I was struck by the pure and sincere sportsmanship on display here.

The “handshake” tradition actually began in 1993, when Augsburg won the title by 1 point over Wartburg, continued in ’95 and every year since.  “The rivalry helped both teams get better through intense competition in dual meets and the NCAAs, but there is a great respect [for each other] off the mat,” says Wartburg head Coach Jim Miller.  If you think there are some big rivalries in Division 1, consider this:  Augsburg has won 9 national championships since 1995, Wartburg has won 8.  In twelve of the last 17 years, Augsburg and Wartburg finished 1 and 2 at the NCAA tournament.  “Since the NWCA created the National Duals in 2002, the only 2 teams to win a National Duals Championship are Augsburg and Wartburg, each winning 5 times,” noted Augsburg Athletic Director and former Head Coach Jeff Swenson.    The annual dual meet tradition began in 1997 and when coupled with the National Duals, Augsburg leads fourteen to nine and has won four of the last five.  Again, from my outsider’s perspective, these two teams could not have more on the line whenever they meet, and they must be about as big as rivals as anyone in sports, period.  But there they are every year showing us all what sportsmanship is actually all about.  Coach Miller noted that “numerous Augsburg athletes have told me after they had graduated that the rivalry was one of the highlights for them, and how great it was to be a part of it, and I know the Wartburg athletes feel the same way.”

This is a story that everyone can learn from, and not just in athletics, but in life.  No matter what the stakes or the rivalry, we could and should all just act with a little more integrity, civility, and respect for each other.  If these two wrestling programs with such an intense and hard-fought rivalry can do it, the rest of us can too.. 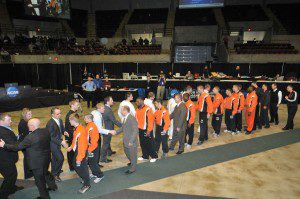