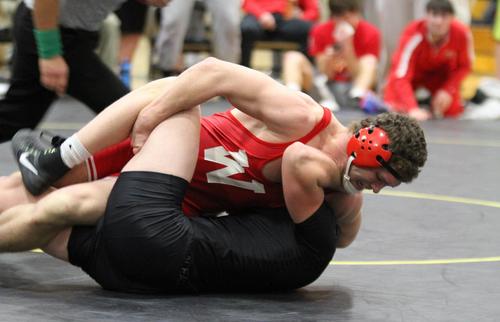 The first d3wrestle.com Wrestler of the Week for the 2018-19 season is Darden Schurg of Wabash. Schurg won the Michigan State Open at 174 lbs. this past weekend and picked up several big wins on the day. After an opening round bye, Schurg defeated defending Division III champion Jairod James of Mount Union 4-3. In the semifinals, he won 21-4 over Anthony Mantanona of Oklahoma. Mantanona was the Junior Pan-Am freestyle champion last summer and was the #31 overall recruit (according to FloWrestling) in the 2017 high school class. He wrapped up his weekend with an 8-6 win over Brit Wilson of Northern Illinois to take the title.

Schurg, a senior from Crown Point, Indiana, finished in 4th place at the 2018 NCAA Championships to earn his first All-American award. He finished 39-4 and was the Central Region runner-up. As a sophomore, he was 41-10 and qualified for the 2017 NCAA Championships where Wabash finished as the 3rd place team. His freshman year was cut short with an injury, and his current career record is 81-15. Schurg was a three time Indiana state placewinner for Crown Point High School and was a state runner-up twice. Wabash will next compete tomorrow in an in-state dual at Manchester University.