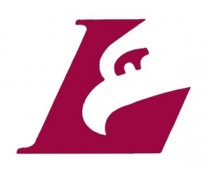 Season outlook:
La Crosse had a strong team last year that again won a trophy at the NCAA Championship they hosted. There will be some open weights this year, as senior stalwarts Albie McKinney, Matt Mauseth, Cory Ferguson, and Mitch Artist have graduate. That said, there are four All-Americans anchoring the lineup including 2x champ Bebeto Yewah and 2010 champ Mike Schmitz. Both will be heavily favored to win titles in 2012. Sheley and Mayer are the other placewinners coming back as the Eagles attempt win another trophy in their hometown. POtential new starters include a pair of DI transfers in Bobby Wunnicke from Northern Illinois and Kevin O’Brien from Northern Colorado. Wunnicke was a 4x Wisconsin state champion, while O’Brien attended Army before transferring to Northern Colorado and putting in two seasons there before making his way to La Crosse for 2011-2012. One more name to keep in mind is Bobby Dorn, a senior at 149 who has spent time behind 3x All-American and NCAA champ Mauseth but now gets a chance to step in after putting up a 29-7 record over the past two seasons.