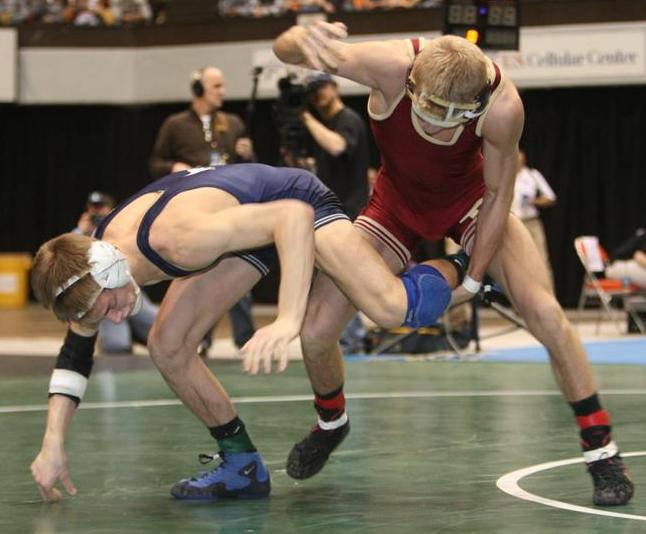 The inaugural winner of the d3wrestle.com Wrestler of the Year award is Clayton Rush of Coe College.  Rush, a junior Physical Education major from  Aledo, Illinois, won the NCAA Championship at 125 lbs. in dominating fashion, winning four matches at the tournament with his closest margin of victory at seven points.  He followed up a first period fall with a 19-6 major decision in the quarterfinals to set up a match with the defending national champion and four time All-American Jake Oster of Elmhurst.  Rush defeated Oster 10-3 to move on to the finals against Tyler Erdman of Elizabethtown.  Against Erdman, Rush scored early and often, putting the exclamation point on the match with a late takedown to win 14-3 and give himself the largest margin of victory of any of the ten champions.  His performance helped Coe to their third consecutive fourth place finish in the NCAA Championships.

Rush finished the season with a 32-2 record and an undefeated 24-0 record against Division III competition.  During the season, Rush won the Simpson Invitational, placed 3rd at the Dick Walker Invitational, and went on to defend his title in the IIAC tournament to qualify for the NCAA Championships.  During the season and postseason, Rush defeated the 2nd, 3rd, 4th, 6th, and 8th place finishers at his weight class, getting bonus points wins against each of those competitors.  He also defeated two other national qualifiers, giving him wins against seven of the wrestlers who qualified for the championships at 125 lbs.

Rush was a two time Class A state champion in Illinois before joining the Kohawks.  During his freshman year, he capped a 36-5 record with a second place finish at both the IIAC Championships and the NCAA Championships.  The following season, Rush wrestled through a shoulder injury to compile a 26-3 record and place 1st in the IIAC and 5th in the NCAA Championships.  After this season, his career record is now 94-10 and he is a three time NCAA All-American.  This season, Rush also became an NWCA Scholar All-American, helping Coe claim third place in the Scholar Team competition.

Previous: d3wrestle.com Coach of the Year
Next: Picks Game Results