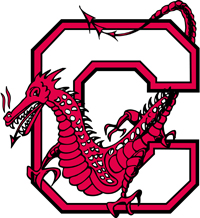 Season outlook:
Eight returning starters highlight the Cortland lineup in 20111-2012 with NCAA qualifiers Troy Sterling, Jared Myhrberg, and Corey James leading the way. Several other wrestlers were knocking on the door and just missed a trip to La Crosse. After cortland won the Empire championship in 2010, Ithaca slipped ahead of the Red Dragons in 2011 to take the top spot. This season should be a good fight between those two for the title. Even with eight starters back, there will be some competition from incumbent backups and another large and talented recruiting class. The headliner is Nigel McNeil, a top 100 recruit who looks likely to be the starter at 125, though there are a number of other New York state placewinners aiming to find their way into the lineup at some point.