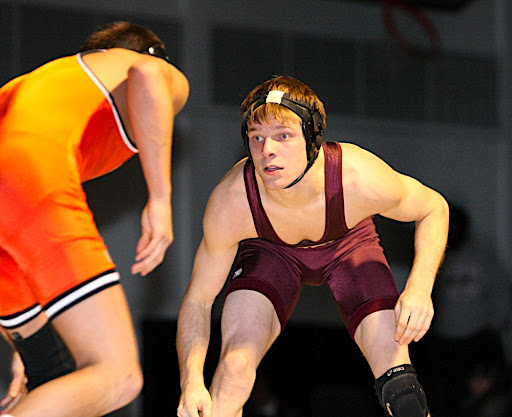 The d3wrestle.com/WWSport.com Wrestler of the Week is Tony Valek of Augsburg.  Valek was the champion in the 149 lb. Gold Division at the Auggie Brute-Adidas Open this past weekend at Augsburg College.  Valek, an NCAA qualifier at 141 lbs. last year, won four matches to take the championship.  In the finals, he defeated defending NCAA Division III champion at 149 lbs. Matt Mauseth of Wisconsin-La Crosse.  In the semifinals, he defeated UW-La Crosse freshman Brady Schrupp.  Schrupp had also defeated Mauseth the previous weekend.  Valek is now 4-0 on the year after his season-opening win.

Valek, a sophomore from Belle Plaine, Minnesota, was 32-13 as a freshman last year at 141 lbs.  He qualified for the 2009 NCAA tournament after a 3rd place finish at the Great Lakes Regional and a victory in the true 2nd match against Virgil Pope of MSOE.  At the NCAA tournament, he was 1-2, with both losses coming to eventual All-Americans.  He is the brother of former Augsburg three-time All-American Ryan Valek.  In the latest d3wrestle.com Rankings to be released Friday, Valek is ranked 3rd at 149 lbs.