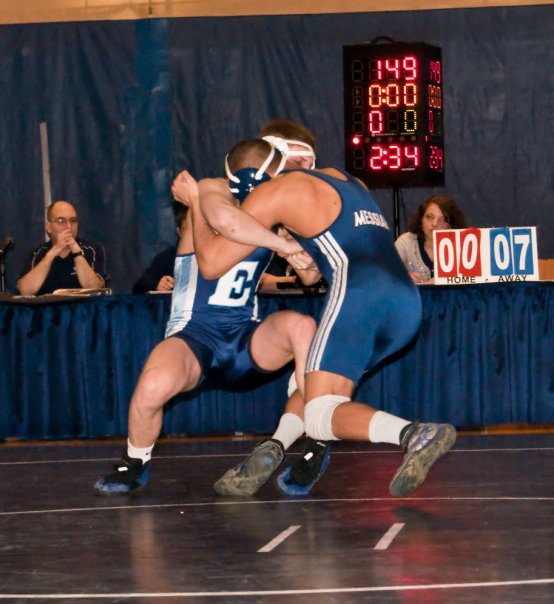 The final d3wrestle.com/WWSport.com Wrestler of the Week for 2009-2010 is Domineak Commodore of Messiah College.  Wrestling at 149, Commodore won the final two home matches of his career to help Messiah to two wins over this past weekend.  His win over the favored Tye Boyer of Elizabethtown helped seal Messiah’s 21-14 win and give the Falcons their first winning season since 2005.  Commodore also won by fall in the first period of Messiah’s 44-9 win over Muhlenberg the previous night.

Commodore, a senior from Harrisburg, Pennsylvania, is currently 16-12 on the year heading into the Empire Conference tournament.  This year has moved his career record to 30-25 as he moved up two weight classes from last year and took hold of the starting spot at 149 after placing third in the Empire Conference at 133 in 2009.  He transferred to Messiah from Thiel College after his freshman year and will finish up his career in the next few weeks.  Messiah takes to the mats this weekend at the Empire Conference Championships hosted by Rochester Institute of Technology.