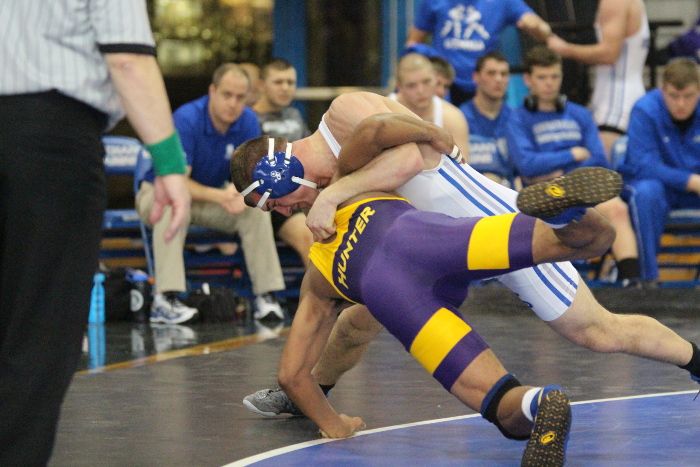 The first d3wrestle.com Wrestler of the Week for the 2016-2017 season is Pat Rooney of the United States Merchant Marine Academy. Rooney was the 4th seed at 184 lbs. at the Roger Williams Invitational in his first action of the year. In the semifinals, he defeated returning 174 lbs. NCAA champion Ben Swarr of Messiah by 10-8 score and then went on to record a 5-0 decision in the finals. Rooney was named the Outstanding Wrestler of the tournament and was also named the Centennial Conference Wrestler of the Week for his performance.

Rooney, a senior from Belgrade, Minnesota, is now 4-0 to start the season. He missed much of last year with an injury, but placed 6th in the New York State Intercollegiate tournament before his season was cut short. In 2015, he was 6th in the East Region, won the Centennial Conference, and finished with a 33-12 record. For his career, he is now 50-22, and he has been selected for the Navy Seal Officer Training Program after graduation. Rooney and the rest of the Mariners will be in action on Sunday at the New York State Intercollegiate Championships hosted by Cornell University.