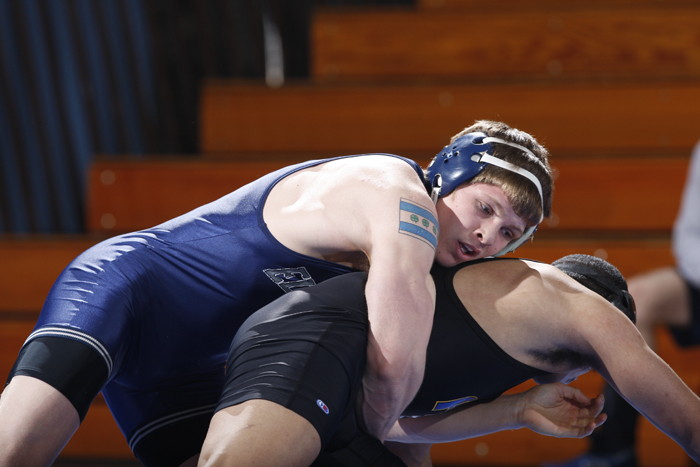 The d3wrestle.com/WWSport.com Wrestler of the week is Joe Rau of Elmhurst College. Rau won the 184 lb. bracket at last weekend’s Concordia Open, riding two tech falls and a pair of major decisions to the finals where he defeated Dylan Azinger of Wartburg 10-3. Azinger was a 2010 All-American who had beaten 2011 All-American Greg Rhoads of Wabash in the semifinals before falling to Rau. Rau is now 6-0 on the season after winning in the dual against Wheaton on Tuesday.

Rau, a junior from Chicago, placed 7th at the NCAA Championships last season after a runner-up finish at the Great Lakes Region. He is currently ranked fourth in the latest d3wrestle.com Rankings and holds a career record of 57-16. Rau spent time training at the US Olympic Training Center this summer and also placed 3rd in the freestyle Canada Cup in July. Prior to the beginning of this season, he traveled to the Sunkist Open in Arizona and competed there. After taking this weekend off, Rau and the #14 Blue Jays will be back in action with a CCIW dual against Augustana on Wednesday before traveling back to Wisconsin for the Wisconsin Open at UW-Parkside.