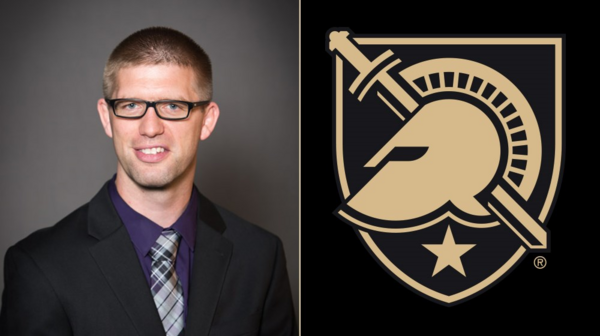 After four years a Whitewater, head coach Ned Shuck has left to become the top assistant at Army West Point. He joins Head Coach Kevin Ward’s staff after compiling a 47-17 record at Whitewater and winning the 2015 regional championship. Prior to Whitewater, he was the head coach at Heidelberg for three seasons. Between the two schools, Shuck has put 12 wrestlers on the podium at the NCAA Division III Championships. He moves from Wisconsin to the banks of the Hudson to join a West Point team that finished 8th in the EIWA last season and sent three wrestlers to the NCAA Division I Championships in Cleveland.

Shuck spent the last four years at the helm of Wisconsin-Whitewater, guiding the Warhawks to a 47-17 record in duals and finished in the top-25 each year at the NCAA Division III Championships. Additionally, UW-Whitewater collected two WIAC titles in the 2014-15 and 2015-16 seasons, as well as the Upper Midwest Regional crown in 2014-15. The 2015-16 Wisconsin Intercollegiate Athletic Conference (WIAC) Coach of the Year trained 11 All-Americans, including two-time national champion and d3wrestle.com’s 2018 National Wrestler of the Year Jordan Newman, as well as 17 WIAC individual champions and seven regional champs. Eleven Warhawks earned National Wrestling Coaches Association (NWCA) Scholar All-America honors, including five Chancellor’s Scholar-Athletes.

“I couldn’t be more excited to have Coach Shuck join our staff,” Ward said. “To build a successful program you have to have the right people, and Ned is one of the best people in the sport of wrestling. His reputation as a proven leader, a man of strong character and integrity, and his unique background as an athlete and a coach will greatly benefit our program. Coach Shuck brings a wealth of experience, maturity, and leadership to our program, and I am excited about the impact he will have on the lives of our cadet-athletes.”

In addition to his coaching duties, Shuck was an instructor for UW-Whitewater’s Health, Physical Education, Recreation and Coaching department.

Prior to UW-Whitewater, Shuck spent three years as the head coach at Division III Heidelberg University in Tiffin, Ohio. During his tenure at Heidelberg, Shuck led the Student Princes to back-to-back Ohio Athletic Conference (OAC) championships in 2012-13 and 2013-14 and mentored 22 All-OAC selections, four academic all-conference honorees, seven National Wrestling Coaches Association Academic All-Americans and six individual NCAA qualifiers, including one All-American. He was selected OAC Coach of the Year following the 2013-14 campaign.

During his career, Shuck has also served as an assistant coach at perennial national power Augsburg (Minn.) from 2009-11 where he helped lead the Auggies to the 2010 NCAA Division III championship and a runner-up performance at the 2011 national championships. Shuck helped coach 13 All-Americans, four national finalists and one national champion during his time at Augsburg. He was also an assistant coach with the Ohio Cadet/Junior National Team (2012-14) and as head coach for the Minnesota Storm Freestyle Cadet team (2009-11). He was a full scholarship recipient for the NWCA Leadership Academy in 2011.

Shuck wrestled at the University of Iowa from 2000-05, earning a degree in elementary education. He was a four-time letter winner and three-time Academic All-Big Ten selection for the Hawkeyes.