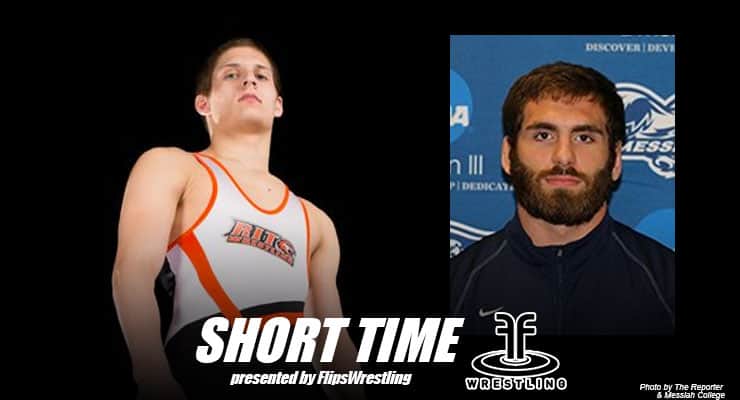 RIT assistant coach Jason Bovenzi joined host Jason Bryant for an episode of the Short Time podcast this week to relay a story from the 2015 Mideast Regional involving 149 lbs. wrestlers Brad Mayville of RIT and Chris Williamson of Messiah. Click the link below to listen and find out what happened.

ST165: RIT’s Jason Bovenzi tells us a tremendous story that came out of the Division III postseason

Bovenzi is in his second season as an assistant at RIT. He was the 1993 and 1995 NCAA Division III champion, and he was inducted into the Division III Wrestling Hall of Fame in March.