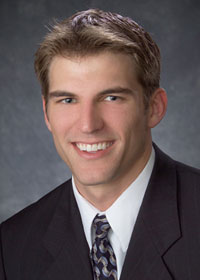 The d3wrestle.com Coach of the Year for the 2010-2011 season is Mark Hawald of Mount Union. Since taking the job before the 2007-2008 season, the John Carroll graduate has taken the team from a 3-13 record and 6th place finish in the OAC to a 14-0 record and OAC championship in 2011, the team’s first since 1997. Additionally, the Purple Raiders finished tied for 8th at the NCAA tournament, matching the program’s best ever finish. Bill Schindel led the team by finishing 3rd at 197 and becoming just the second 3x All-American in school History. Derick Hesson finished 5th at 285 and Riki Reynolds finished 6th at 125, while Josh Malave and Andy Jenkins qualified at 141 and 184, respectively. Other highlights of the 2010-2011 season included a runner-up finish at the Messiah Petrofes tournament and a 5th place finish at the Pete Willson Wheaton Inviational, second best of the DIII teams entered in the event.

In addition to success on the mat, the Mount Union team had to deal with adversity as well. While returning from a victory at Ohio Northern in January, the Mount Union bus was involved in an accident with a snow plow near Bucyrus, Ohio which you can find out here. While four passengers sustained minor injuries, Mount Union Head Athletic Trainer Daniel Gorman was killed. After the tragedy, Hawald rallied his team and penned an open letter to the wrestling community reacting to the event. The team returned to action the following week and was able to remain focused and win the OAC title.

Hawald is a 2005 graduate of John Carroll University where he was a four time OAC champion and 2004 NCAA Division III All-American at 174 lbs. He is the all time wins leader at John Carroll and was awarded the Clyde Lamb Award as the institution’s top male student-athlete. He was also recognized in 2009 and 2011 as the OAC Coach of the Year.

Previous: DIII at the US Open
Next: JHU Takes Down Autism