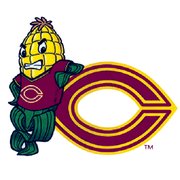 Season outlook:
Concordia returns half of their six NCAA qualifiers and one of their All-Americans in 149 lb. Jake Long. They will look to replace 2012 All-American Nate Schmitz and 2x All-American Tom Bouressa. The replacement for Bouressa, however, is senior Cody Kasprick who has wins over three national qualifiers last year while backing up Bouressa. Kyle Leduc was edged in a late season wrestle off by NCAA qualifier Kevin Fynboh, but he did defeat Fynboh in an official match last season. He should slot right in at 157 and contend right away. One other change in Moorhead is Matt Nagel officially taking over as head coach after four years on staff. The Cobbers have had four straight years in the top 15 at the NCAA Championships and will hope to extend that streak to five while breaking into the top ten.