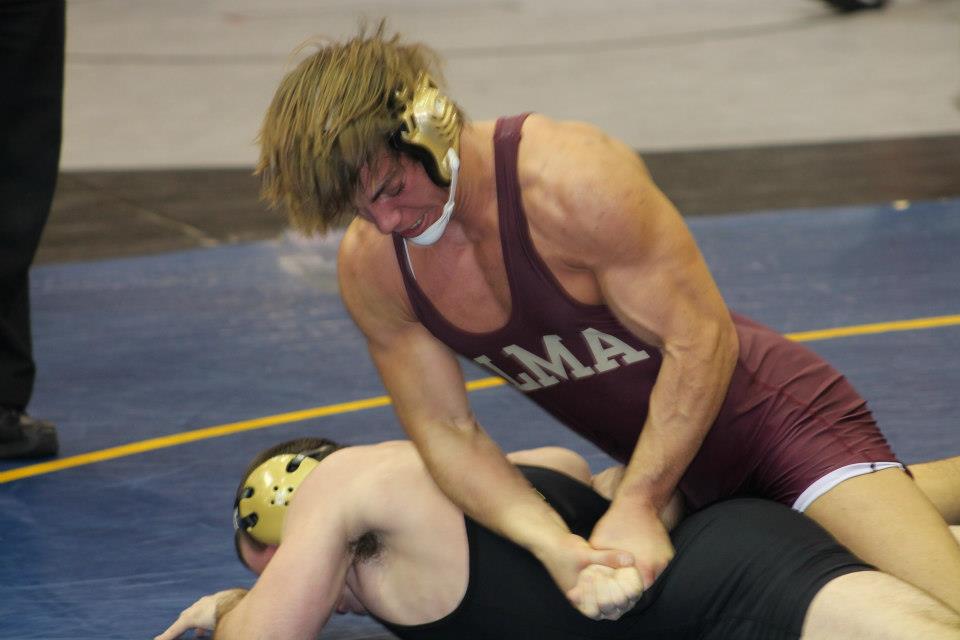 The first d3wrestle.com Wrestler of the Week for 2013-2014 is Matt Tuttle of Alma College. Tuttle, the lone senior on the Alma roster, won the Washington & Jefferson Invitational at 165 lbs. last weekend. Tuttle defeated the #6 ranked Sam Guidi of Waynesburg 9-0 in the semifinals before pinning #5 ranked (at 157) Josh Etzel of Washington & Jefferson in just 40 seconds in the finals. His victory helped lead the Scots to a 2nd place finish in the event. Additionally, his fall against Wheeling Jesuit on Friday night helped Alma secure a 22-21  win in their season opener. Tuttle is now 5-0 with four falls on the season.

Tuttle, a senior from Reading, Michigan, transferred into Alma when the program was restarted, making him the only senior on a large roster. Last year, he placed 4th in the Midwest Region, narrowly missing out on becoming Alma’s first NCAA qualifier since the team was resurrected. Last year, he won 30 matches and accumulated 18 falls. His career record is now 53-23 with 32 falls. Alma next takes the mats on Thursday with a dual meet against Wheaton at Allendale High School in Allendale, Michigan.