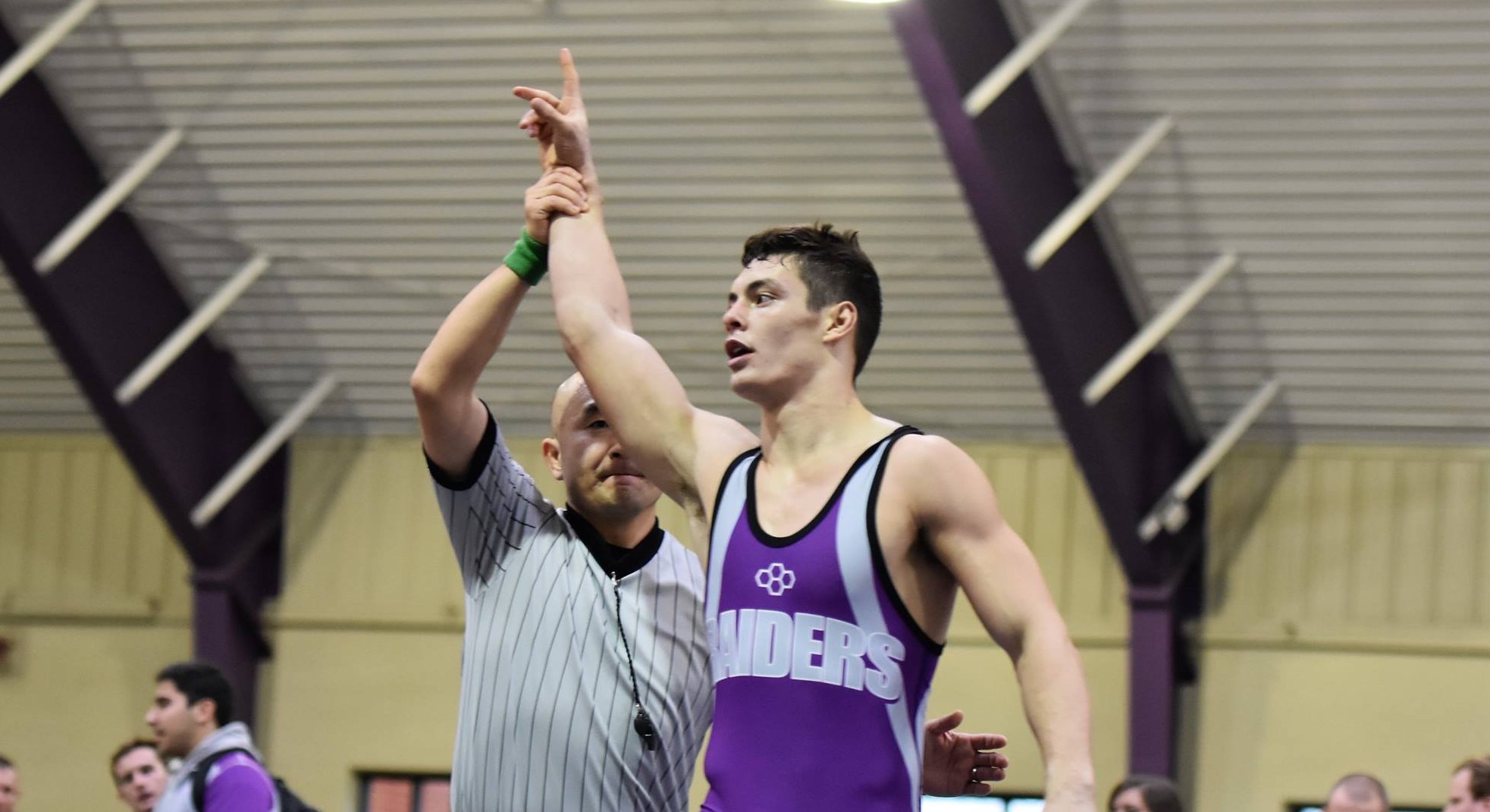 If you have enjoyed following NCAA Division III wrestling during the decade-plus of this site’s existence, perhaps you would be willing to contribute to the d3wrestle.com Patreon campaign. Patreon allows supporters like you to make a small monthly pledge to show your appreciation for the content found here at d3wrestle.com. Pledges can be as small as $1, but pledges at $5 per month or more will get you a d3wrestle.com bumper sticker. Thank you for sticking with the site for all these years.

The d3wrestle.com Wrestler of the Week is Jesse Gross of Mount Union. Gross helped the #22 Purple Raiders to a 5-0 weekend at the Mount Union Duals and picked up a pair of huge wins along the way. In Mount Union’s win against #6 Messiah, Gross defeated #6 ranked Jeff Hojnacki, a 2016 All-American, at 165 lbs. 10-6 with a late takedown and back points. Against Wilkes, Gross defeated #3 ranked Nicholas Racanelli, a two-time NCAA qualifier, 4-1. He also picked up a forfeit win against Greensboro and a 3-1 SV win against Waynesburg to go 4-0 on the day.

Gross, a senior from Norwalk, Ohio, is now 8-0 on the year with a championship at the Mount Union Invitational where he was named Outstanding Wrestler. He placed 5th in the Mideast Region last year at 165 lbs. and currently has a 38-19 career record for the Purple Raiders. He was an Honorable Mention in the latest d3wrestle.com Rankings, but that position is sure to improve int he next set. Mount Union is set to take on OAC foe Otterbein on November 28th before heading to the Messiah Petrofes Invitational December 1st and 2nd.