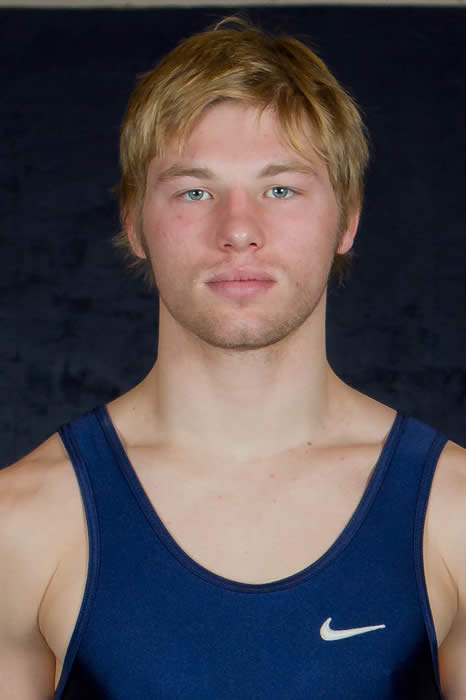 The d3wrestle.com/WWSport.com Wrestler of the Week is Elias Larson of Trine. Wrestling at 157, Larson won five matches to take the title at the Pete Willson Wheaton Invitational this past weekend. The #2 seed, he defeated the eventual 2nd, 4th, and 5th place finishers on his way to the championship.  In the finals, he defeated Division II returning All-American and #1 seed Dillon Bera of UW-Parkside 9-6.  In addition, Larson was selected by the officials to receive the Pete George Sportsmanship Award. Click below to see Larson’s win in the finals.

Larson is a sophomore mechanical engineering student from Orland Park, Illinois. He graduated from Marian Catholic High School and was an Illinois state champion at 145 lbs. in 2009.  Last year, he compiled a 33-11 record to go along with his 24-4 record in 2010-2011, giving him a career total of 57-15. He is ranked 6th in both the latest NWCA poll that came out before the Wheaton Invitational and this week’s d3wrestle.com Rankings. Larson and Trine will next compete tomorrow night in a home dual against Manchester College.