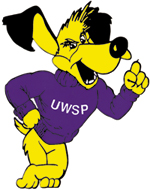 Number of returning wrestlers who competed in your 2010 national qualifier:8

Season outlook:
UWSP views the 10-12 dual season and 28th place finish at nationals last year as a disappointment, and they are planning to improve on both marks this season.  Led by senior captain Ben Engelland, a 4th place finisher last March, the team should be able to post a better record this season.  Also returning from trips to the NCAA tournament last season are junior Joe Mileski and sophomore Jordan Schulte.  Each wants to step onto the podium at the 2011 NCaa Championships in La Crosse.

Besides the returning qualifiers, the Pointers return 6 more wrestlers with starting experience.  Senior Andrew Dilworth will move up to 174 after starting at 157 the last two.  Jordan Kust returns at 133 where he competed in every meet for the Pointers, posting over 20 wins as a freshmen.  A season where he had 6 matches against eventual All-Americans and a summer working at J Robinson wrestling camps have Kris Magruder prepared for a breakout senior season.  Two past Pointer starters will battle for the 197 starting spot this season, and whoever wins should represent the Pointers very well.  Senior Brandon Jochem returns after being the go-to-guy at the weight last year for the Pointers, but so does Chad Gregory.  Chad had nearly 20 wins as a junior at heavyweight before taking last year off.  Also returning from last year’s starting lineup is Mark Puckhaber at 141.

This is a team with a legitimate title threat in Engelland and several other wrestlers who could join him on the podium.  It will be a disappointment if the Pointers fail climb higher in the NCAA standings.