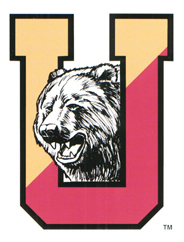 Season outlook:
With over 20 freshman joining the roster this year, the Ursinus team will look quite different. There could be as many as six brand new starters by the time the postseason rolls around. Two former NCAA qualifiers lead the way in 2011 as both Connor McCormick and Connor McNamara were Centennial champs in 2010. McCormick was 2nd a year ago while McNamara missed all but the first tournament last year with an injury. Alex Blank returns at 133, and he is a three time Centennial top three finisher. He will likely be the top returner in the conference at his weight. Another top returning finisher is heavyweight Bill Cornely. He was 4th in a weight class featuring a pair of All-Americans, and he comes into the year as the favorite at 285. The incoming group of wrestlers is very impressive with three Pennsylvania placewinners and numerous other qualifiers and placers from other states. This group will formt he base for successful Ursinus teams in the coming years, and their development this season will do a lot to determine where Ursinus finishes in February.