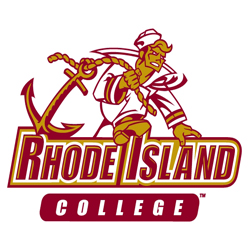 Season outlook:
The Rhode Island College Anchormen anxiously await the start of the 2011-2012 season. Injuries placed a significant damper on the closing of last season, thus they have been chomping at the bit to get back in the circle and compete.  The Anchormen locked in their toughest schedule in Coach Jones’ tenure.  The have added the Wartburg Desert Duals (Vegas), NWCA National Duals (Springfield, IL), and on top of Lycoming’s Budd Whitehill National Duals, Springfield’s Doug Parker, and a dual with division I Brown University.

The lineup provides a great mix of veterans and talented newcomers. RIC will count on Brandon Gauthier to be the spark, as the returning All-American aims for a second trip to the podium. Three-time all-Conference and nationally ranked in 2011, Michael Trasso looks for his first trip to nationals. Before being injured prior to the national qualifier at 141, Trasso’s only 2 losses were to All-American Donahue 4th and 8th seed Alsieux; however, Trasso has bulked up and will go 149 in 2012.  Moving down after taking off a year is All-New Englander Scott Legacy. Legacy will progress down to 141 as the Anchormen schedule heads to national competition. Brian Nicoll returns at 285 after a year off as well. Rhode Island hopes for better luck with injuries, and if the new wrestlers and those who missed last year can get off to a good start, the team could challenge for the NEWA title.