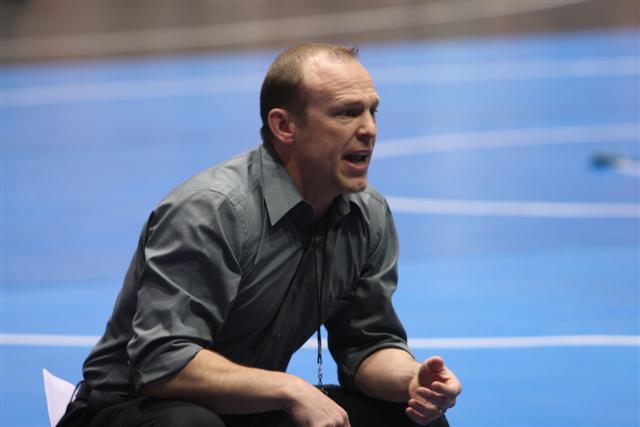 “We are excited to be able to expand Eric’s role in the wrestling program,” Willis said. “This decision was made in recognition of the confidence the college, our team, and head coach Jim Miller has in him. It’s a win-win situation all the way around.”

Miller’s role will not be diminished in any way. As a matter of fact, he stated that “this is the most motivated I’ve felt in a number of years after a national tournament.”

“I am not ready to get out yet, and I am very excited about the future of our program,” Miller said. “I also plan to remain at Wartburg until I decide to retire.”

Leading North Central College of Naperville, Ill.’s program prior to returning to Waverly, he helped guide a turnaround for the Cardinals as they registered their best collegiate wrestling season to date, earning three All-Americans, sporting a perfect dual meet record. Keller was named the National Wrestling Coaches Association’s Rookie Coach of the Year at the 2006 national tournament.

Keller completed his undergraduate and graduate degrees at UNI. He earned recognition as an NCAA All-American and Academic All-American for the Panthers and served as team captain in 1998-99. He was also a two-time Iowa high school state champion, compiling a 161-10-1 record at Indianola.

“I am extremely honored and excited to take on this role,” Keller said. “Wartburg College, the wrestling program, and the community have been a part of my family for the past 10 years.  This has been my home since the first time I stepped on campus.

“I can’t express how excited I am to have the opportunity to continue to coach side by side with Coach Miller,” he added. “He has been my mentor since I began coaching and there is no one I would rather work with.  Being able to continue to help our student athletes reach their goals and dreams both on and off the mat is my passion and means the world to me.”