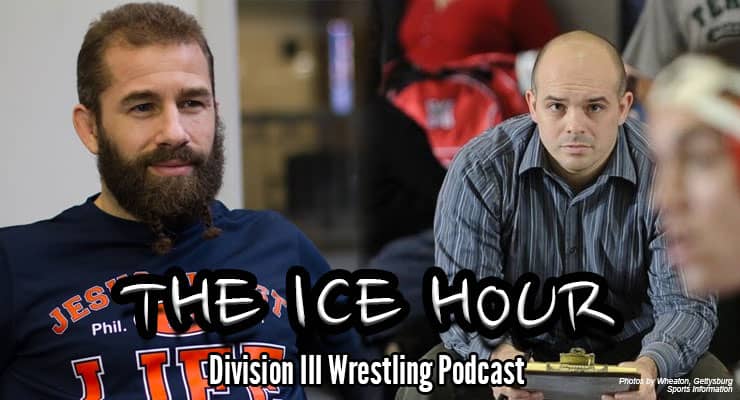 Jim Gruenwald wrestled in the Olympics twice. Andy Vogel’s been an assistant coach, head coach as well as an Assistant Athletics Director. Both will join Episode 4 of the Ice Hour, a Division III Wrestling Podcast.

Gruenwald competed for coach Ben Peterson at Maranatha Baptist while Vogel wrestled at Messiah. Now the head coach at Wheaton College in Illinois, Gruenwald’s entering his seventh year of rebuilding the program which as a proud wrestling tradition and hosts one of the monster Division III tournaments each season, the Pete Willson Invitational.

Vogel is in his ninth year at Gettysburg College in Pennsylvania. He’s entering this season with his biggest roster ever and he and Gruenwald will explain the process of building a roster and a team his school and administration can get behind.

Contribute
And if you’re a fan of the extensive and broad-based reach of the shows on the Mat Talk Podcast Network, become a contributor today.. There are various levels of perks for the different levels of patronage. If you like wrestling content — scratch that — if you LOVE great wrestling content, consider becoming a contributor. How much you give is solely up to how much you believe it’s worth to you.