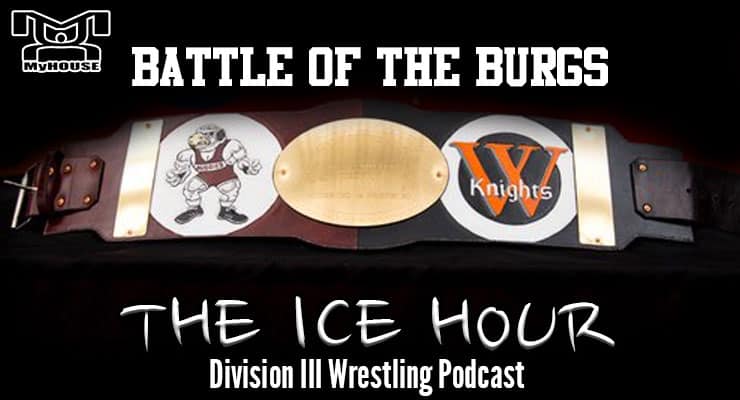 On February 2, Augsburg College’s Si Melby Hall will host the annual Battle of the Burgs, a wrestling dual between the host Auggies and rival Wartburg. With Augsburg and Wartburg winning every NCAA Division III championship since 1995, the two programs have set a standard across the sport of wrestling, not just Division III.

On Episode 18 of The Ice Hour, we’ll talk with the architects of each of the programs — Augsburg AD and former coach Jeff Swenson and retired Wartburg coach Jim Miller. Both will talk about their relationship, the foundation of the rivalry, how it appeared in the New York Times and some fun stories poking one another.