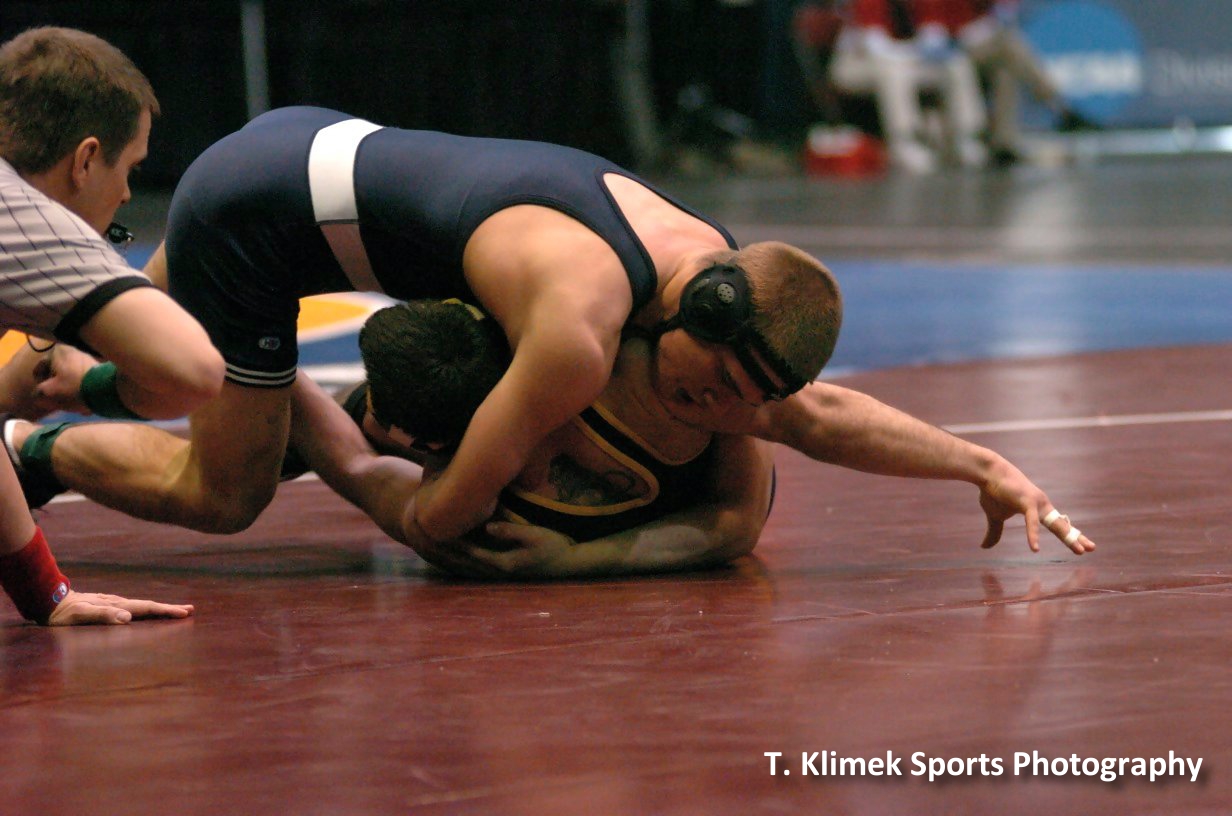 Here is the 2010-2011 d3wrestle.com All-Freshman team. There were some tough calls here, especially with a number of weights with no freshman national qualifiers. One interesting fact is that ten different schools were represented in the ten weight classes. Continue reading below for the 2011 d3wrestle.com Freshman of the Year.

The d3wrestle.com Freshman of the Year for 2010-2011 is 157 lb. Chris Burdge of Centenary. Burdge came on strong at the end of the year, earning his starting spot in the lineup late before upsetting the #2 seed in the Metro Conference tournament to make the finals and earn a wildcard slot at the NCAA Championships. At the NCAA Tournament, Burdge drew #1 seed Derek Brenon of Ithaca and responded by pinning the top-ranked wrestler to make the quarterfinals. After a close loss to eventual champ Dan Twito of Merchant Marine, Burdge defeated conference foe Eduardo Delgado of Hunter for the second event in a row to earn his place on the podium. He finished in 8th place to cap a great season-ending run.

Burdge finished his first year with a 15-9 record. He stared his career with a 4th place finish at the Ithaca Invitational at 149 lbs. but soon moved up to 157 for the rest of the year. He got on track in January, as all of his losses in the new year came to eventual All-Americans. His trip to the postseason was in doubt until he won a late season wrestle-off that got him on the right track. Burdge is a graduate of Kittatinny High School in New Jersey which is also the alma mater of teammate and fellow All-American Will Livingston. He finished in 6th place in the 2010 New Jersey State Championships and compiled a 127-19 career high school record. He is one of three returning qualifiers on a Centenary team that finished in 13th place at the NCAA Championships and is the defending Metro Conference team champions.

Previous: Awards Coming This Week
Next: DIII at the US Open