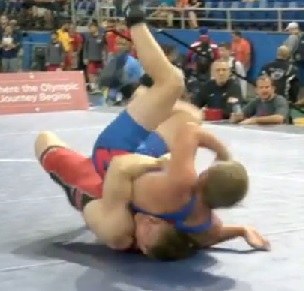 USA Wrestling has release pre-tournament rankings for this weekend’s Olympic Trials in all three styles (men’s freestyle, women’s freestyle, greco-roman). The tournament takes place Saturday and Sunday at Carver-Hawkeye Arena in Iowa City, Iowa. Both qualifiers with DIII connections are in the Greco-Roman tournament.

Joe Rau, formerly of Elmhurst College, is the top ranked wrestler at 98kg. He wrestled in the world championships at 80kg in 2014 and was the champion at the U.S. Nationals held in December. Rau was the 2013 NCAA Champion at 184 lbs. and was a three time All-American.

Donny Longendyke, a junior at Augsburg College, won the Last Chance Qualifier this past weekend at 130kg to earn a spot in the Trials. He enters the tournament as the #7 ranked wrestler at his weight class. Longendyke was the 2015 NCAA Champion at 285 lbs. and was the runner-up this year.