Since the departure of Pete Rogers for Purdue, Lakeland College has hired former UW-Oshkosh head coach 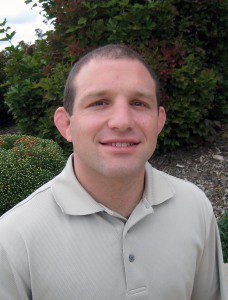 Mike DeRoehn.  DeRoehn left Oshkosh last month to take on a full time role with the Wisconsin Wrestling Federation, but has now taken the full time coaching position at Lakeland.  See the Lakeland release posted below.

This leaves Norwich at the one remaining Division III opening.

He replaces Pete Rogers, who was recently named assistant coach at Purdue University.

Since 2006, DeRoehn has served as the state coach of the Wisconsin Wrestling Federation, an organization that works to improve Wisconsin wrestling for all ages. He also owns and is head wrestling coach of World Class Wrestling Club, which assists young men and women in developing their wrestling skills, building character and developing positive habits.

In 2010, he was named USA Wrestling Greco-Roman Junior National Coach of the Year.

DeRoehn resigned from UW-Oshkosh in August after six years as head coach and eight years with the program to focus on his work with the Wisconsin Wrestling Federation. But when Lakeland approached him in early September, DeRoehn said the opportunity was too tempting to pass up.

DeRoehn and Rogers, both young head coaches, established a close relationship the last several years through the sport they love.

“There are a lot of similarities in what we did at Oshkosh and what Pete did here at Lakeland,” DeRoehn said. “At Oshkosh, we built a fledgling program that was facing elimination into a national caliber program with multiple NCAA/Academic All-Americans. Pete was facing many of the same challenges, and we became close friends as we shared ideas because our situations were so similar.”

Lakeland athletic director Jane Bouche said the college is fortunate to find someone of DeRoehn’s caliber so close to the beginning of the season.

“Obviously we were concerned about having this job open with the beginning of practice just a few weeks away, but this couldn’t have worked out any better,” Bouche said. “Mike brings a wealth of experience and a passion for wrestling which will benefit our athletes. There are some striking similarities between the career paths of Mike and Pete, and we know what a winner we had in Pete.”

DeRoehn said there’s much to like about Lakeland and its wrestling program.

“I’m really impressed with the family atmosphere,” he said. “I know what a nice team I’ll be inheriting, but the whole environment at Lakeland is conducive to winning. It feels very welcoming. Lakeland’s student-athletes are involved in the campus and they support one another.”

The Muskies have been nationally ranked each of the past three seasons, and put together back-to-back team finishes in the top 30 at the NCAA Division III National Tournament. The Muskies’ roster is filled with talented returnees and a strong recruiting class.

“I need to build a relationship with our wrestlers before I tell them what they need to be doing,” DeRoehn said. “I’ll share my expectations and we’ll discuss theirs, because they have a voice in this. I need to earn their respect and make sure they’re comfortable with me.

DeRoehn was an award-winning wrestler at Plymouth State University (N.H.), where he earned a bachelor’s degree in physical education. He has a master’s in educational leadership from UW-Oshkosh.