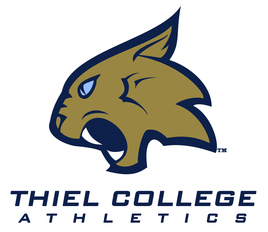 Season outlook:
Coming off a season in which they boasted an overall record of 11-7 (1-1 PAC), the Tomcats look to improve and make a run at the Mideast Region title this coming season. Among the team’s top returners are sophomore Nick Sutton, juniors Adam Matthews, Jordan Powell, Jake Lowry, and sophomore Blake Heim. All five were recently honored in the d3wrestle.com preseason rankings. As a returning all-American, Powell was ranked third at 165-pounds, while Lowry was ranked as the number-8 197-pounder in NCAA Division III. Sutton was just one match away from qualifying for nationals as a freshman at 133, while Matthews, Lowry, and Powell each won PAC titles. Heim put together a 19-8 freshman campaign, splitting time with then-senior Will Ringer, who has since graduated, with Heim expected to pick up even more mat time his second season with the Tomcats. Thiel also boasts an incoming class of accomplished wrestlers looking to fill openings in the lineup and push the upperclassmen for starting spots.