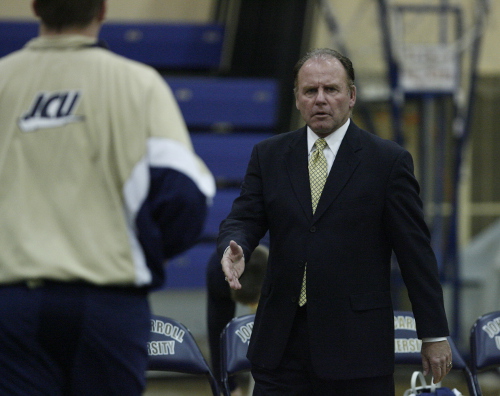 John Carroll University head coach Kerry Volkmann has announced that 2014-2015 will be his 28th and final season on the bench for the Blue Streaks. Volkmann is a graduate of the school and has coached 46 All-Americans and two NCAA champions. His third dual meet victory this coming season will be his 300th win, and he currently sports a .681 winning percentage as head coach. Read below for the John Carroll release. 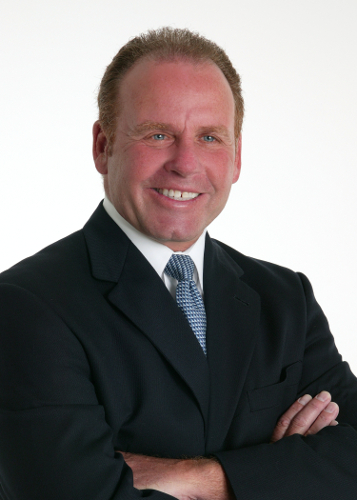 Kerry Volkmann, who has been the head coach of the storied John Carroll University wrestling program since 1987, has announced that his 28th season at the helm will be his last.

Volkmann informed his team as well as alumni of the program earlier in the week.

“Kerry has represented John Carroll with integrity, in his continued association with numerous alumni, in his recruitment of prospective student athletes and their families, and in his work with the young men he has coached,” said Laurie Massa, Director of Varsity Athletics and Recreation at John Carroll. “His experience and passion has provided leadership in our department and we are grateful for his dedication and for the many lives he has touched while working with us.”

As only the second head coach in wrestling that John Carroll University has ever known, Volkmann took the reigns of the program from his former mentor Tony DeCarlo, who founded the program and coached for 23 years until becoming Athletic Director and football head coach during the 1986-87 school year.

Volkmann, who was inducted into the Wrestling Coaches Hall of Fame in 2003, has led John Carroll to 10 Ohio Athletic Conference team championships, including four straight titles in 2002-05.

Additionally, Volkmann has led John Carroll to four OAC dual meet championships since the league began recognizing a regular season title in 2000. He is also a 10-time OAC Coach of the Year.

On a national stage, Volkmann’s wrestling teams have placed 15th or better 12 times in 25 trips to the NCAA Division III National Championships. His best finishes have been fourth place in 1989 and 1998 and fifth place in 1992 and 1999.

In 1992, he guided the Blue Streaks to their only Division III National Dual Meet championship.

Many of his charges have enjoyed success on an individual level. Two wrestlers (Mike Gillmor at 142 pounds in 1992 and Rich Eslich at heavyweight in 1999) have won national titles, 46 have earned Division III All-American status, and 72 have captured OAC titles. Most recently, Dan Mirman became the program’s 105th All-American with a sixth-place finish at the national championships in 2014.

In his 27 previous seasons with the Blue Streaks, Volkmann has compiled a career record of 297-138-5 (.681) in dual meet action to become the winningest coach in JCU wrestling history. He picked up his 100th career victory in a contest versus Cortland State on January 12, 1996, and his 200th win against Thiel at the NWCA National Duals on January 20, 2002.

As an athlete at John Carroll, Volkmann amassed a 57-11 record under head coach, Tony DeCarlo. His .838 career-winning percentage ranks eighth in school history, and he posted the first undefeated season at John Carroll when he went 11-0 in 1967-68.

A member of the JCU Athletic Hall of Fame, Volkmann also had a standout football career in college. He played defensive back for the Blue Streak football team along with being named team captain in his senior year for both football and wrestling.

Volkmann, who is the current longest tenured head coach of any sport at John Carroll, is also the father of a former Blue Streak varsity athlete. His son, Brendon, lettered four times with the Blue Streak baseball team from 1997-00, and graduated from John Carroll in 2000.