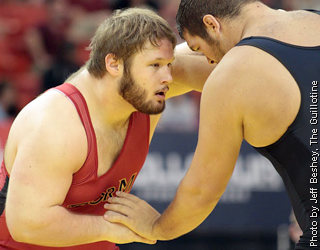 The U.S. team swept the Jr. Pan-Am Championships this past weekend in São Paulo, Brazil, this past weekend, winning the greco-roman and freestyle competition. The same eight wrestlers competed for the U.S. team in both styles, and among them was Niko Bogojevic of Augsburg. He swept both styles, going 6-0 in total to help lead the U.S. effort. Bogojevic was a freshman this past season at Augsburg, putting up an 18-7 record behind All-American Chad Johnson at 285. He also competed in the World Team Trials in greco-roman and was the runner-up in the FILA Jr. World Team Trials, earning him a spot on the Pan-Am team. Click below for match results and the USA Wrestling Release.