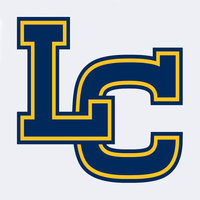 Season outlook:
2012 NCAA Qualifier Ryan Renon will be serving his country overseas this winter and will forego his final season of eligibility for the time being. This opens the door for other Muskie wrestlers to step up and lead. Senior Joel Frias, 141, will look to join his brothers (Jake ’09; Robby ’12) as Academic All-Americans as well as pushing for the podium at NCAA’s. Grant Franson, 125, has improved each season and looks to have a great junior year. He will be pushed by a number of strong freshman challenging for the spot at 125. Former Wisconsin 3x State Finalist Brandon Garcia is back healthy and hopes to have a big year. Jeremy Kroeger showed a lot of freshman promise last year before being slowed with injury. He is back healthy and had a strong off season of training to prepare. Numerous talented freshman have been added to the roster and bring lots of energy to the program.